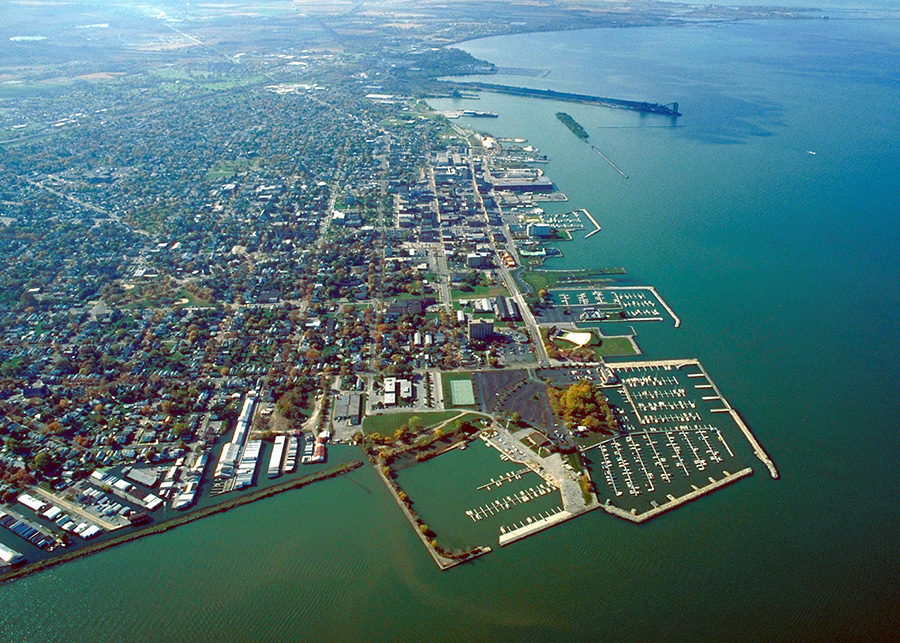 Sandusky is a city that is located in Ohio State. It is categorized within Erie County. Sandusky sits on the shores of Lake Erie. Cleveland is located on its east while to the west of it is Toledo.

Cedar Fair Entertainment Company has its headquarters located in Sandusky alongside its flagship amusement Cedar Point. Cedar Point is known for its sizable collection of roller coasters not just in the U.S., but on a global scale.

The name Sandusky traces its origins from the Wyandot word saandusti, which means “water in water-pools”. Alternatively, it can also be traced to andusti meaning “cold water”.

Sandusky was founded in 1818. A portion of the city was built on land where a Native-American known as Ogontz once dwelt. That is why it is said that Sandusky was established upon “Ogontz’ place”.

Before slavery was abolished in America, Sandusky was a prominent stop on the Underground Railroad. As can be seen in the classic novel “Uncle Tom’s Cabin” by Harriet Beecher Stowe, numerous slaves that sought freedom in Canada came through Sandusky first where they got on boats to cross Lake Erie towards the final stop of Amherstburg, Ontario.

The design of downtown Sandusky was done in accordance to a modified grid plan. The plan is known as the “Kilbourne Plat”. The initial street pattern made use of Freemasonry symbols. When the groundbreaking ceremony of Lake Erie Railroad and Mad River was performed in September 17, 1835, Sandusky was the location. At present, the tracks that once through downtown Sandusky are no longer there.

With regard to Sandusky’s climate, it is considered humid continental, similar to other states within central USA. Summers are known to be warm and humid, while winters are harsh and cold. The average high temperature in January is at 32 F, while the low is at 19 F. The city gets about 28.4 inches of snow in the winter months.

Outdoor and indoor parks flourish there as well.